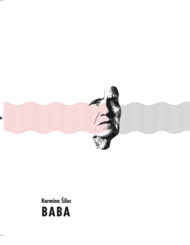 The Colossal Balkan Fiction book of stories is a portrait collection inspired by the virdžinas – the women who take on a man's name and identity, wear men's clothes, do men's work, smoke, drink rakia, play the gusle ... and join the men's world. The stories talk about the otherness, the institution of sworn virgins, and about the dilemma whether becoming a manis an illusion, violence, or salvation.

The stories are fictional and imaginatively recreate life. They talk about events that never really happened, about characters that never existed, at least not the way they are portrayed in the stories. The stories are full of legitimate facts that are not true in the absolute sense, but they are true in the universal sense. I use subjective narration, inner monologue, autobiography, as well as memories and observational narrative.

Despite that the personalities and events in these stories are based on true facts collected in an extensive research done at Radcliffe Institute for advanced studies at Harvard University. They are all based on history of the 20. century in the Republic of Yugoslavia.

The Catalog is a narrative journey through places and times that bend under the fruits of romantic Western imagination. Homer, the muškarača, the tobelia, the blind woman and Stana live in the region that today we call the Balkans. It creates an intuitive conceptual network between music, the Western view, sweet sorrow, hetero-romantic ideology and Adam’s rib, phallocentric gravity and virginity, the way humanity has dealt with it for centuries.

The book starts with my expedition to the south, to the people, images and scents of this area. To my country of birth.  I use some regionalisms and intimate descriptions of those regions that are deeply connected to what is happening in the stories. In this digression-filled narrative about a Yugoslavia I am parrarely interested in the concept of virginity from the theological, ecclesiastical, political, social, and economic influences that shaped its conception: virginity as a triumph over more than just the imperatives of the body – as a triumph of the will. I am attracted by the uniqueness of sworn virgins, above all – by the institution of it. This becomes my ‘exploration of a myth’. Above all I am interested in the performance in the identification of gender. As virdžinas have all kinds of professions such as drivers, car mechanics, truck drivers, craftsmen, photographers, military officers, policemen, teachers, administrators and many hobbies and skills, as for example playing soccer, hunting, shooting - and in all these new contexts they become more visible, in BABA I am especially interested in one particular activity of the sworn virgin – the performing of music. Here two worlds – the Homericstorytelling by guslari and virdžinas meet.

The dramaturgical arc of Catalog raises questions about the choice and sexual identity in the modern society through the disappearing practice of women transforming themselves into men. Catalog holds a mirror to the constraints and choices relating to gender and sexuality that are coming to light today.

I know there are many interpretations of how she got pregnant and gave birth. Christianity cleverly hides the idea of celibacy already present in the story of the divine child. Virginity is elevated with it to a position of moral and cultural superiority.

"Do you know," she abruptly turned to me, "that the angels also whispered to Mary that she would get pregnant?"

"I know," I replied, unwilling to let the key story end so soon.

"And... do you know how Salome checked Mary's virginity?"

"Yeah, and that's by pushing her finger into her vagina."

"Come on!" we all commented in unison at the table.

"And that Salome burnedher hand, that she roared in pain. She couldn't help but see that it was a sign, having challenged God himself."

"And Mary probably passed this virginity test after giving birth?"

"But do you know that the angel Gabriel actually dropped the sperm into her ear?"

I opened a new bottle.

book is translated to English

Two most fascinating titles on the Slovenian book market this year question the roles of women dictated by the patriarchate, which at the same time made it possible to step out of it.

... in contrast to the catalog as a bureaucratic category ("a systematic list with certain data"), Karmina Šilec's Catalogis a fragmented, never-ending list of everything, similar to the inspirational lists in Borges's metafiction stories or, speaking of the Balkans, in the stories by Danilo Kiš. ...

...I would say that this by-product of the author's work on sworn virgins can compete with any dedicated attempt to systematize former Yugoslav mythology. But, best of all: she doesn't play the sentimentality and nostalgia card.. She simply makes an inventory of what remained because it is (was) so unique ...

...Conductor Karmina Šilec first researched the phenomenon of virdžinas(sworn virgins who take on the role of men) for musical purposes. Two extensive and fascinating books, Baba, Colossal Balkan Fiction and Baba, Catalog, are, so to speak, a by-product of this research. Baba is an original contribution to the study of the construction of trans-identities, as well as a fascinating book on all contexts of the project.

Karmina Šilec is a phenomenon. Awarded several times, worldwide. She is extremely musically talented, but also literary brilliant, as both books from the Baba project prove...

...It told a lot to me, so much and in such a way that no book has in a long time! It is topical right now, in the midst of the war that is a continuation and repetition of the same thing: women are still oppressed, it is women and their children who are paying, again and again, the ultimate price of the phallocentric male struggle for power and authority. "This book is a mirror of limitations and choices." Mine too, and yours...

...Written to sound like a documentary narration, they are woven with Karmina's genius creativity from the fragments she has catalogued in the Catalog. Just a glimpse: "Stana has been a murderer, albeit an innocent one, ever since he came into the world. His mother died in childbirth and this stole his childhood. With his coming into the world, his father’s joy dried up as if cut off. Stana didn't have any brothers and he was guilty of that too.

Life and death collided at his birth.

Stana didn’t have any brothers, and he was guilty of that too.

Her story will go through time and across the country."

...Both the Catalogue and Colossal Balkan Fiction should be used to teach creative writing, to practice scriptwriting, and above all for a dance of fragments that Karmina's surplus creativity transforms into a whole, unlike anything we have ever read before. My compliments!

... all three books surprise with a perfect style, a skillful synthesis of diverse genres, a vivid outline of the protagonists and events, and a precise measure of symbolism and metaphoric language, which is used  as irony, rather than in the sense of mystification. Considering its sensibility, empathy and genuine personal involvement, despite the extremely broad and diverse narrative, this is a kind of embroidered literary mosaic, which is a complete whole and yet leaves the reader the possibility of endless variations and interpretations ...

... all this intertwining of facts, historical fragments, legends, rumors, documentary sources, impressions, imaginary inputs and observations, which sometimes only vaguely correspond to the central theme, is in its colorfulness, dynamics, charming inconsistency and irrationality already somehow 'Balkan' in itself ...

... in fact, this work is an almost ideal synthesis of intellectual curiosity, academic discipline and precision… as well as of passionate affinity and intimate understanding of the environment ...

... the trilogy goes far beyond a mere fascination with an unusual ethnological and anthropological phenomenon, it is also not a question of cold descriptiveness on the one hand or exoticism of the theme on the other, but it is a comprehensive reflection on the Balkans ...

One of the qualities of the book is that it never breaks the boundary of being too autobiographical. The narrative is first-person all the time, yet the explicitly personal and intimate is dosed very discreetly.

... It is definitely an impressive work that delves into the unknown to us and may not meet expectations. Acctually it will definitely surpass them....

... We can understand book as an extremely deep work on the history of this institution and at the same time a fictional reality of the whole project. Everything is impressive, from the instructions on making of coffee in a dezva to reading individual stories. Karmina Šilec has created a reading in which we can read superficially and enjoy it, or we can delve into it in its entirety and barely find a way out of what we have read.

......Ten completely diverse stories that are so authentic as well as connected. You could easely believe that they are complitelly true and maybe they acctually are, but with other qualities. All is really a mirror of our society today or yesterday or tomorrow. One story will be closer to emotions than another and that is the charm of book composed up of several short stories. You don’t know what you’re going to get and how you’re going to feel. If you don't like it, it's still here the next one and so on. Perhaps the word "story" itself is too powerful, as there are about ten records on each of the sworn virgin that follow each other in chronological order. All is so perfectly written that you know exactly what’s going on and because of the end of each of the story, it’s the latter that makes them so similar and so unique at the same time.

book is translated to English