endemic songs were created to speak about women

We share habitats and habituses with the heroines of DERT in extended time through the experience of touching and overlapping on some edges, and thus creating a secret commitment to belonging – the same coordinates, sometimes the same codes. We belong to what we understand, both present and absent. They are our rearview mirror – everything seems to be close here and far behind simultaneously. Real and unreal at the same time.

DERT is also reminiscent of a deadacholicsocial narrow-mindedness that condemns every step and every action; it sang the last praises to the heroines with a vocabulary adorned with wonderful notions such as tradition, family, heroism, chastity..., and hid behind them primitivism, mythomania, misogyny.

The DERT project was created entirely during the rule of the coronavirus and is unique experiment. The rehearsals were conducted at home, individually, occasionally online. The performers used smartphones to record their own sections, which we later stitched together into the present album.That is why this album is a remarkable document of this special period, dedication and focus of singers. The recordings we created gave sound to the mysterious power and spirit of the music, captured the lost moments in time, drove away the gloom, uncertainty and fear. Above all they are a testament to this time.

The shocking sound of endemic songs ... Despite the cold space, the singers performed their task superbly: as always precise both in intonation as well as technically, with clearly shaped phrasing and articulation, with interpretive depth, vocally flexible and penetrating. The songs were sung with expressivness - dressed in unique, at times archaic but still harmonious sonority - and spread with horrifying beauty over stones and cold walls of the karst underground. The atmosphere in the hall fitted the shocking lyrics and created a special ecstasy. Drops of water, which gently crept from the stalactites and struck the stone base, strengthened the mystery of audio and literary messages ... (Odzven / SIGIC) 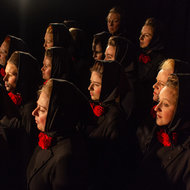 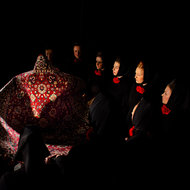 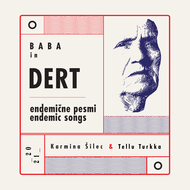 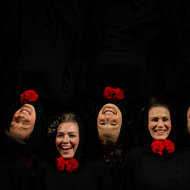 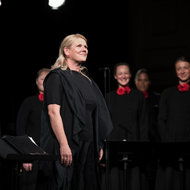 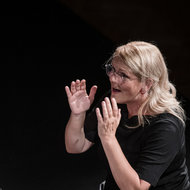 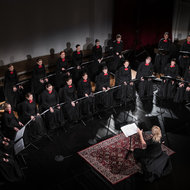