THRENOS (for the Throat) awarded 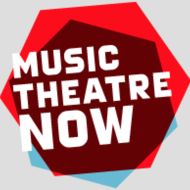 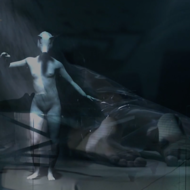 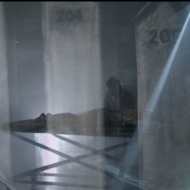 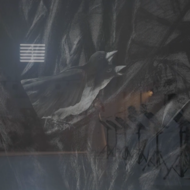 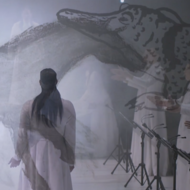 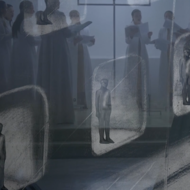 Threnos brings to the stage that which is so often hidden behind the scenes in a performance that offers space for reckoning and reflection. Slaughterhouses are a place where man, machine and animal meet. Through this connection Threnosis questioning the contemporary social paradigm in which man, by excessive praising of his own culture, almost completely destroys nature.

This is Karmina Šilec's second MTN award, the first being the performance From time immemorial…in the category Music Beyond Opera, produced by the Slovene National Theater Maribor (2008).This year's Music Theatre NOW award is an addition to the set of recognitions to Karmina Šilec for her work in the field of new music theatre; among them the Russian Golden Mask, the nomination for the Europe Theater Prize Theatrical Realities (EPTR), the Prešeren Fund Award, and others.

THRENOS (for the Throat) is an exciting piece not only because of the ritual in which it engages the audience, but also because it has a strong message. The notion of understanding nature and reflection of society through the metaphor of mourning animals, stands as an experience in which connection is assured. Also the musical composition stands out as a invocation for communities, and for beauty that is given an inspirational interspace for internal reflection by the strong formality of the staging.

... the projectsin the production of CS keep amazing us with their attunement with the topical issues, often anticipating certain themes which we later bring to life in reality. ... (Večer, 2020)

… The industrialization of death manifests itself in the play with repetitiveness, mechanics, laboratory sterility, minimalism ... and this applies to music as well as to choreography, costume design and set design. (Delo, 2020)

… it is a questioning of the contemporary social paradigm in which man, by excessive praising of his own culture, almost completely destroys nature. This further leads to the reflection of how nature can nevertheless survive, perhaps even without man, and whether, as a consequence, this human-machine relationship can bring us a different view of the man-animal relationship. This human-machine-animal triangle is, in the extreme, interfering with human issues and placing them as some naked lawless bodies in the global processes of control and killing. This also guided the staging that leans on these spaces. The sonic processing of the human voice represents this aspect of the "machine" and is reminiscent of the fragility and vulnerability of the human and animal voice, as well as of some kind of expansion of life, or of the living as a whole …Delo, 2020) 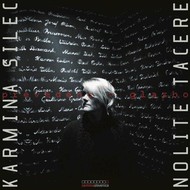