Chants from different religions and traditions from Orient

Perspective East combines a very wide range of musical expression. Asia features different kinds of culture, which consequently leads to a diverse understanding of the role of music. Perspective East can be sounds of cosmic spheres, the natural expression of consciousness, ritual songs and music, which cure the body, calm the spirit and carry the sacred to ordinary people's lives.

Perspective East with music from Bali, Georgia, China, Japan, Malaysia, Borneo, Sumatra, Korea, Java, Tibet, Uzbekistan and India. This kind of music has different meanings: it tells stories, cures, calms the spirits, accompanies social gatherings, entertains or serves in religious ceremonies. Above all these it brings people together in their minds, intentions, knowledge, love. Some works in the program avoid the melodies and bring sound vibrations and their partial tones, others are repetitive monotonous, some are very rich in a remarkably complex rhythmic patterns, others just - fun. Program is vocal meditation and discovering the spirit of Asian cultures in the sound.

... the concert choir Carmina Slovenica is, without exaggeration, perfect ...
Pogledi

... it has got an incredibly wide scope: from always stable and accurate as well as unaspiring pianissimo to a full-sounding forte …
Pogledi

... an inspiring musical diapason – from intensive pianissimo, through fortissimos that never end ...
Večer

... masterfully turn from one culture to another, and sometimes sound raw like some kind of a rojenice, and immediately afterwards as gently as Japanese geishas …
Primorske novice

... a spectacle building a powerful emotional effect on technical perfection, making the listener-visitor drown and get involved fully  into it …
Novi Glas 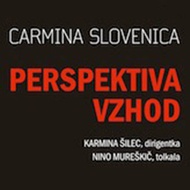 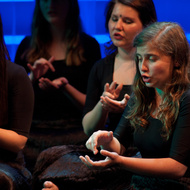 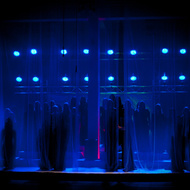 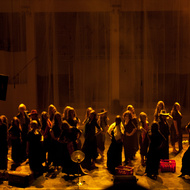 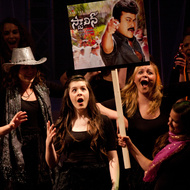 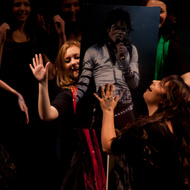 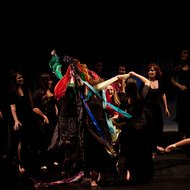 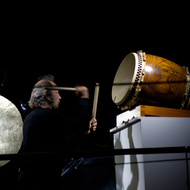 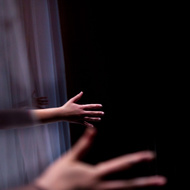