The heritage of Slovenian vocal art

Slovenian Sounds features works from the treasury of the Slovenian vocal art, including works of some of the most distinguished Slovenian contemporary composers, either their original compositions or their arrangements of folk music.

Stretching from eastern Alps to the northern Adriatic, over the western rim of the Pannonian plains, the lands along Drava, now known as Slovenia, always resembled a busting market – colourful, energetic and ever-changing. Distinguished by the colourful diversity of its natural environment, the region was historically exposed to incessant migrant flow of both barbarian and civilized peoples. Within reach of nomadic tribes and plundering parties, fighting over resold and smuggled goods was common. Here Jason and his Argonauts ploughed their way from the sea to the river Ljubljanica. With the onset of the Christianity, native pagans retreated to the inaccessible mountains in search of safety from the advancing Christians intent on pagan conversion. The Turks stormed through the territory to pillage imperial Vienna. Viennese troops, in response, pursued the Turks all the way back to Belgrade. Napoleon created his Illyrian Provinces here, and Hitler sought passage to the Mediterranean through this territory. Each of these authoritarian "masters" desired to have his name eternally imprinted on this region. Likewise, the downtrodden people sought deliverance from their centuries of suffering. The cries and prayers to various gods by avenger and avenged eventually transformed into art-forms, to music in particular. The latter, ephemeral in nature as an image of disappearing smoke rising to the heavens, is in accordance with the laws laid down by God, always and everywhere.
(after M.Barbo)

*This program was awarded by the Ford Motor Company Conservation and received the Environmental Grants Award (2001).

… amazing voices and artistic, musical maturity of singers, and their ability to create sounds …
Gazeta

… they have shown themselves skilled performers in a spectacular and skillful use of [modern] techniques: beading atonality, minimalist repetition, polyphone vocalic sounds …
Kommersant

… a detailed study of a very demanding and difficult programme, performed by heart, the self-confidence, deliberation, dedication and hope of a generation to come. What more would you like from these young girls!? …
Delo

… the conductor has a rear suggestive power; she knows what she wants at any moment …
Delo 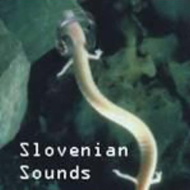 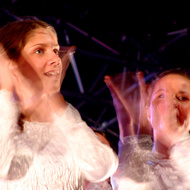 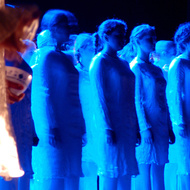 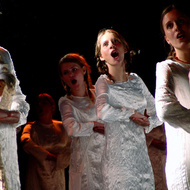 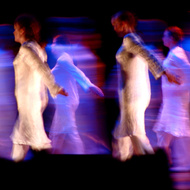 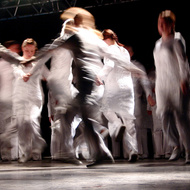 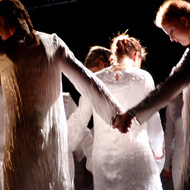 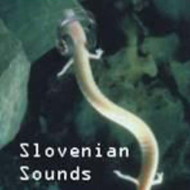