for vocal soloists and sound processing

... Ashamed and ashamed for being ashamed ... we look away and ask for you to do the same—

The transition from animal to meat is one that intentionally mutes the life and death of its subject. Unlike humans, these animals generally die in concealment, and the dead are not mourned. In Thrēnos, what is so often hidden behind the scenes is brought onto the stage as a performance that offers space for reckoning and reflection. At first sight it might seem that the performance is concerned with the care for animals. But it is actually about human beings, about us and our sense of guilt. We seek to remake a promise – but we doubt we will succeed. We realize we decided to look away from the things that burden us or which are difficult. And for that – Ashamed and ashamed for being ashamed … we close our eyes around and always –.

Obscene is what Thrēnos is interested in. It values what has to be hidden, and what, for that reason, seeks its way through the membranes – this is when we claim we see you as you were and say we see you as you are –. In the spirit, to make this visible and push itself through the membranes, Thrēnos searches for a visceral way to think about the horrid and grotesque actions of man, so common and completely covert at the same time.

The throat acts as a kind of locus – metaphorically and literally. It is a site of language, a site of songs, slaughter and a field of vulnerability. The throat is connecting the mourners and the mourned in their shared physicality. It is an exit site for 'sonority', sound production. In the secondary sense the throat is an entrance, a space where reflection comes from – A vein opens in voice –. Through violent death, animals find their Voice in Thrēnos.

The animalic and the humane are political categories, social constructs, and most of all the starting positions from which, hierarchically, people are awarded a higher position which gives them their rights. Thrēnos is aiming at the urgency for human beings to alter their relationship toward animals and consequently toward their own species. We are interested in the ethical dimension of the sacredness of life, therefore Thrēnos (for the Throat) touches on what it means to take life. Animals are like a marginalized subject, a starting point, a metaphor.

The idea for the music originates in the Old Greek mourning song. The work is in a sense a form of paraliturgical service, reflected in the titles of individual sentences: Litany, Consideration, Perseveration, Declension, Invocation, Expiation, Retreat. They are, or at least they sound as if they were part of a liturgical song. Thrēnos evokes the idea of contrasts between a mass for dead people and a mass for dead animals – and that of similarity in this duality.

We see the dividing line between man and animal as a special one: we are here, they are there. This line is also a temporal one: man ‘evolved’ out of animal. How can we understand these boundaries? Is this ‘temporal diving line’ between man and animal similar to the one between man and machine – a machine from/because of man? And: can this relationship man : machine induce a different view of the relationship man : animal? Sound processing of human voice represents this aspect of the ‘machine’ (using digital rumour) and is reminiscent of the fragility and vulnerability of human/animal (voice) as well as the ‘expandability’ of life/the living.

Disintegration: in certain parts singing and the lyrics fall apart in different ways (by adding reverb, distortion, removing consonants from words). The removing of words or language relates to the key difference between man and animal: people developed speech, animals did not. A disintegration of musical and language elements is also a reflection of the death and the disintegration (necropastoral). But it can also be a disintegration of the dividing lines between the living and the dead, the human and the animalic, man and machine.

Loops – circular repetitions (re)create the effect of the constant convincing of ourselves that we are doing the right thing – like a naïve mantra. At the same time the loops create a feeling of madness, for having found ourselves in these impossible circumstances because of the greedy industrialisation of animal meat production. Human relation to nature has always been subject of artistic representations, particularly in fine arts and literature. From cave painting, Renaissance landscape painting to pastoral Romanticism, where nature is in the role of the theme or motive. Today, the problem of artistic representation of nature appears in different perspectives, one of them being ‘ecocriticism’. This criticism is a reaction to the increasingly possessive relationship of human beings toward everything that exists, and their complete control of the nature – as a consequence of the absolute anthropocentric orientation. In Thrēnos the relationship of human beings to everything that is not human is still caught in this traditional, vicious circle of the binary relationship between man and animal (nature). However, it tries to remove the human being from the centre, and talks to him – like homo bulla, a boy, standing under a pig’s half, blowing into a bubble made of animal carcass, – about the fragility of life (human life included).

... the projects in the production of CS keep amazing us with their attunement with the topical issues, often anticipating certain themes which we later bring to life in reality. ... (Večer, 2020)

The industrialization of death manifests itself in the play with repetitiveness, mechanics, laboratory sterility, minimalism ... and this applies to music as well as to choreography, costume design and set design. (Delo, 2020)

... is showing itself as a reflection of this human attitude towards animals and the greed of modern industry,
especially meat processing. With the idea of ​​the triangle man-animal-machine, sound
processing of the human voice was also introduced, which represents an aspect of the
machine (with the help of digital rumours) and is reminiscent of the fragility and vulnerability
of human/animal (voice) and the extensibility of life, the living. It is about the consciousness
and respect for life, that is, about that different understanding of the world and nature which
puts in the foreground the right to life of all living beings in the conditions of the "economy of
death", of the killing (of animals). This economy touches not only on the question of people's
attitude towards animals, but also on people's attitude towards people, of people towards
nature ...   (Delo, 2000) 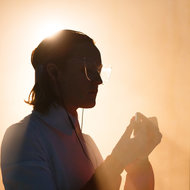 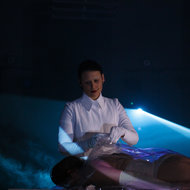 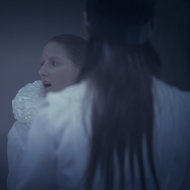 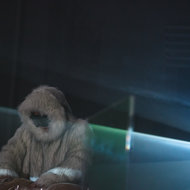 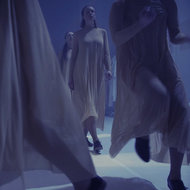 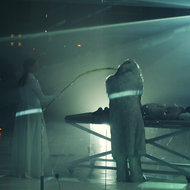 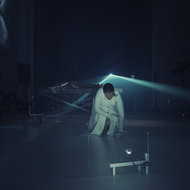 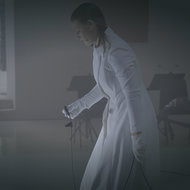 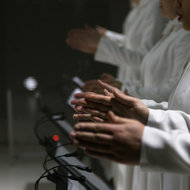 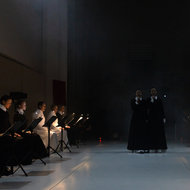 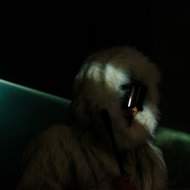 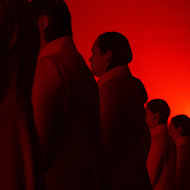 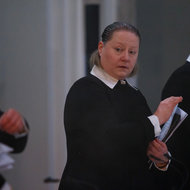 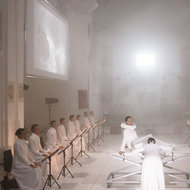 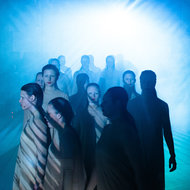 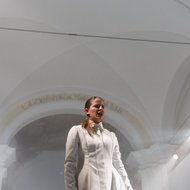 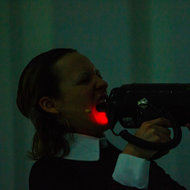 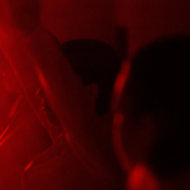