Myths, legends, spells and incantations are all present in these mysterious images, spreading among us, closely together.

Music-scenic project of contemporary music:
about secret miracles,
against evil spirits,
against spells and monsters…

Lives of myths are rich, mysterious, never fully developed. Mythological world that comes to life in this project is exuberant and mysterious, never fully explored. It lures with its intertwinement of imagination and reality, nature and man, beliefs and experience, hopes and fears, power and powerlessness … A nation recognizes itself in its own mythology which distinguishes it from other nations, and yet through it they seem so similar. This world is so distant, and yet so near. This is why contemporary composers like so much to draw from mythical motives, producing diverse musical works, some of which turn out to be their most outstanding works of art.

An imaginary world of myths opens up in front of the audience, allowing for much gentler harmony, linking and bonding of races and generations, distances and ages, nature and man, than in the harsh reality of the here and now.

Karmina Šilec has been awarded with the Prešeren Fund Award for this programme, which is the most significant cultural award in Slovenia.

… with beauty and unbelievable fullness of the choral sound, tense interpretations or dialogue with the soloists … it seems like it is not difficult to be brilliant if you are curious, if you have an artistic goal …
Delo

… Carmina Slovenica from Maribor and its conductor Karmina Šilec know no interpretative boarders, no borders for ideas, compositions and themes …
Delo

... like being in a magic singing ball ... choir theatre turned inside and towards the scream outside, a straight line from a folk legend to the magic line of shocking naturalism ...
Večer

... a choral theatre from darkness to light. Almost resembles a Dante-esque Hell performed by a choir ...
Večer

... the magical image of the spells remains untouched, powerful, with striking dramaturgy and without risk …
Večer

... a rhythmically perfected incantation ritual on the verge of an almost orgiastic awakening …
Delo

... a miraculous journey and an encounter with the primeval aspect of universal heritage of confessing … remarkable choral articulation, kinetic movement elements of scene joints, functionality of props, choral and direction logic …  expressive dispersion spreading eerily and intensively into the silence, and a scream of the set in unique mythical perfection ...
Večer

... dimensions of the execution and the artistic concept which go beyond the current understanding of choral art …
Večer 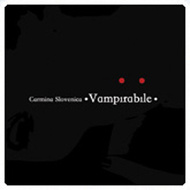 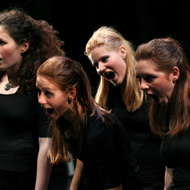 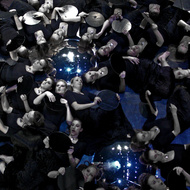 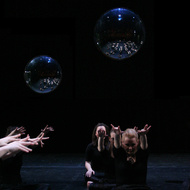 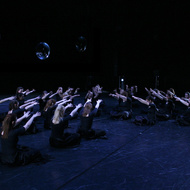 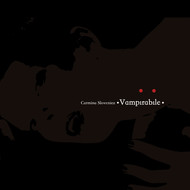