Someone in some other time will remember us.
(Sappho)

Author of the project and conductor: Karmina Šilec

Musica Inaudita – Latin for "music not yet heard" – reveals the little-known work of cloistered female composers in a fresh and illuminating concert program. For centuries past and in all cultures, vocal music has been the most powerful means of expression. Because music in general, and singing in particular, have always served as a mediator to and with God, most cloisters developed and nurtured a very rich musical life. However, due to the strict social and spiritual rules and codes, musical works by cloistered female composers could not be published. Therefore, performances of their works were limited to music-making convent walls.
Musica Inaudita encompasses works by cloistered women composers from the 9th to the 17th centuries, from Kassia of Byzantium to the nuns from Lombardia, from the prophetess Hildegard to Mexican Baroque female musicians. Musica Inaudita reflects various contrasts between the spirituality of the Eastern and the Western church, between the characters of European Medieval music and South American Baroque and between contemplative choral chants and brilliant polyphony. Musical forms include Gregorian chants, medieval organums, baroque motets, and accompanied sacred vocal music. Appropriately, the concert is interpreted exclusively by women performers – singers and instrumentalists on period instruments – according to historical performance practices.

The program was presented in the St. Peter’s Basilica in Vatican in October 2002.

In Rome, Carmina Slovenica overturned the religious taboos and enthusiastically won the audience. The "Slovene miracle", as the choir was named by many, was making the history in the situations and relations of a new Europe under the dome of Michelangelo.

You are welcomed to watch the audience by clicking the following link:
Audiences of the Holy Father 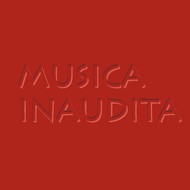 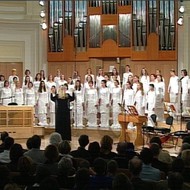 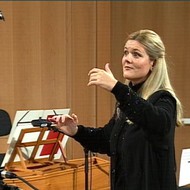 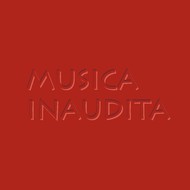 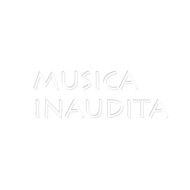 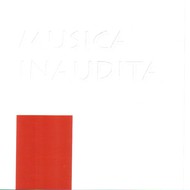